Advice and Email Productivity Hacks from CEO of MailMan

What Is Financial Due Diligence in M&A

How To Be A Better CEO and Leader

How to Be a Better CEO Through Times of Uncertainty?

I’m talking to my clients very actively about mental models and guiding principles right now, because when there’s a lot of uncertainty,  where you have to get back to basics back to fundamentals. One of the most fundamental mental models is around, I call it the Stockdale paradox named after Admiral James Stockdale, who is a prisoner of war in Vietnam.

But one of the principles of the Stockdale paradox is this idea of recognizing and acknowledging the brutal truth, the brutal reality. This principle helps me with my clients to get them to realize, before the rest of the world really starts acting on this thing, that we need to start moving here, to protect our flanks and to start zeroing in on cash and making sure that we’re making the right moves to protect ourselves.

So I’m focused on mental models like this on how to be a better CEO, and we call them 1) “Essentialism”, 2) “The Stockdale paradox”, 3) “return on luck” and 4) “a bias to act”. Those are the four primary mental models. Mental models are more about how we think as leaders: discipline and thinking.

Guiding principles are around how we act as leaders, what we do. The three guiding principles that we’re focused on now is agility, structure, and humanity, and the balancing of those three things to manage through this time with a distributed team.

I pride myself on working with clients who by any external measure look like they’re already tremendously successful, and they are. The reality is that the right client, for me, is somebody who is driven for more and driven to continually improve themselves as a leader. 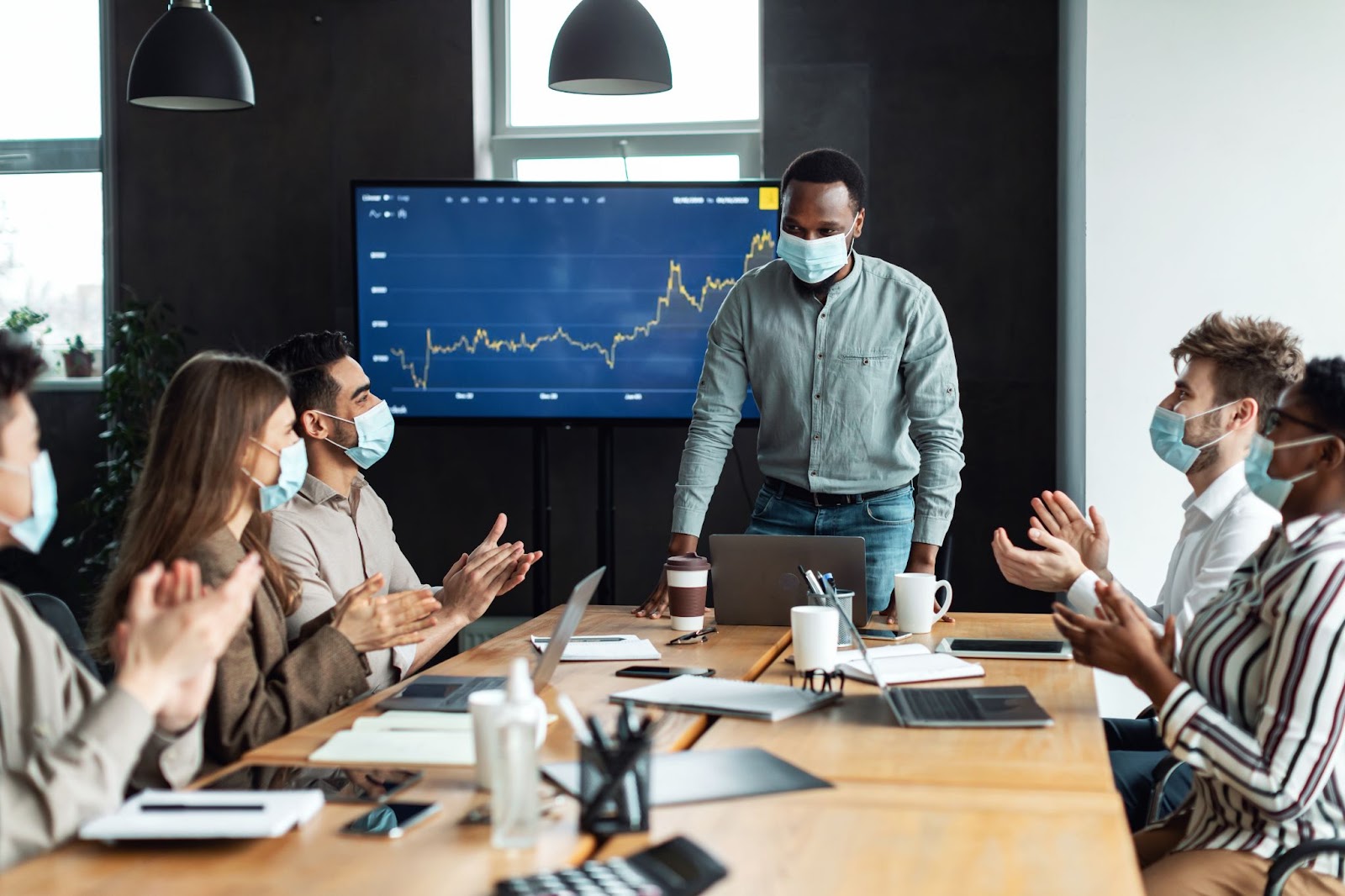 Humility, and learning are two very, very powerful attributes of any business leader, because you should always be learning and growing. One of the things I’ve said for years, that I repeat all the time, is this little nugget: I have never seen a business with a sustainable growth rate that exceeds the personal growth rate of the people who run it.

You’ve got to be open to continually pushing the envelope and learning and growing, and that’s what I bring to the table. My coaching clients consider me to be like a chief bar raiser on the team: always raising the bar in terms of the expectation of performance of the individuals on the team and the team as a unit, and, of course, the results of the business over time.

One of the things about coaching people don’t talk about enough is the idea of pattern recognition as the value of what a coach brings. So you might be a CEO running a startup business, and you’ve got your own experience, and you’ve got what you’re in love with, but as a coach I come in, and I’ve seen hundreds of CEOs just like you in the same situation in the same circumstances and I’ve seen the patterns of success and the patterns that lead to trouble.

It’s pattern recognition, because I’ve had enough repetition of these scenarios and situations that I can sort of be on instinct, and kind of know where to go in a conversation that ends up breaking things loose or helping somebody move forward somehow.

So it’s a very important thing, because we all have our own biases and blind spots as leaders and it’s this aspect of pattern recognition, via an external resource that’s very, very valuable.

Why Is It Difficult for Leaders to Execute on What They “KNOW” They Should be Doing?

You’ve hit a nerve on this one. This is the heart of the premise of my book Activators and it’s this question of, if we generally know what we should be doing and how to do it, why is it that we that we delay acting? and just to make it real for people, for example, you might have someone in your organization who is a high performer, but toxic to your culture and you know that they’re not good for your culture and yet, as a leader, you just delay doing anything about it, or you find ways to rationalize why we need to keep this person here.

Yet you know that they don’t belong and then when you finally do something about it, maybe two years down the road, or three years down the road, you get a big line of people in front of your door, saying thank you, it’s about time and you think to yourself: “wow, I should have done this years ago”.

What I found is that there are three hidden growth killers that operate inside our minds, that really silently influence our ability to think and act on these things that we know.

They are our motivators, our habits and our beliefs. I unpack all of this in the book and came up with eight activators that are the things that we can do as leaders to sort of combat these hidden growth killers that sub optimize our ability to make the right decisions and take the right actions without being so subject to these unconscious forces that are happening within us.

3 Habits To Be A More Productive CEO

I have a list of 10 productive CEO habits that I put in the book Activators, and I’ll highlight three of them. The first also, by the way, is one of the mental models that I’m working with my clients on right now which is called return on block. Author and business researcher Jim Collins came up with this concept a number of years ago, when people were challenging his findings on the things that made high performing businesses different than lower performing businesses.

They said, well, what if those businesses just got luckier, right or what if the lower performing business just got unlucky and that explains the result difference. He actually unpack this and did the research and what he found is fascinating. Statistically, none of us as human beings, or no businesses out there are any luckier or unlucky or than any others.

So as an entrepreneur, starting a business, growing a SaaS business, for example, guess what? Good things are going to happen, bad things are going to happen and you have to maintain an even keel and always be looking to generate the return on what happens whether it’s good or bad. Just because something good happens, doesn’t mean you say, “Oh, thank goodness, something good happened, let’s enjoy this”.

What I teach my clients to do is actually lean in and say, “okay, something good happened, what can we do to actually make it even better”or take further advantage of the good thing that happened while we can.

That’s generating a return in this case on good luck and the reverse is true that when something bad happens, we lose a big deal, or our investment round falls through or something happens, that’s bad. We want to say, okay, that happened. Now, how do I make something good come up, what is it that can come up this, that’s a value, that’s good. That’s a return on luck thinking as a leadership habit. So that’s the first habit I want to outline.

The second habit is to seek simplicity. We are masters of complexity, because we’re sort of brainwashed by a lot of marketing, quite frankly, that complexity equals value, and, and for those of you, those clients of yours, or listeners out there that are in businesses where there’s a lot of engineering, talent, it’s even worse, because engineers like complexity as well.

The third habit is really also another timeless one for leaders, over communicate. As humans, we’re not very good communicators, we have a lot of biases and blind spots that lead us to believe that other people have the same information generally, that we have. And you kind of know this, if you’ve ever been at a party and you hear somebody tell a story, but they start the story at a place where you actually have no idea what they’re talking about.

Has that happened to you? Of course and then you say, “Well, wait a minute, why is this person starting a story at a place that I have no idea?” The reason is, because they actually think you’re right there with them. It’s how their brain works.

How do we resist this as leaders? And the answer is over communicate and you cannot over communicate. And my rule of thumb around communication, and I beat this into my clients is, until your team is literally rolling their eyes and finishing your sentences you haven’t communicated enough as a leader.

That’s something to think about, because otherwise it’s very, very difficult to actually get people on the same page, as opposed to just imagining people are on the same page out and assuming that they are and they’re not. 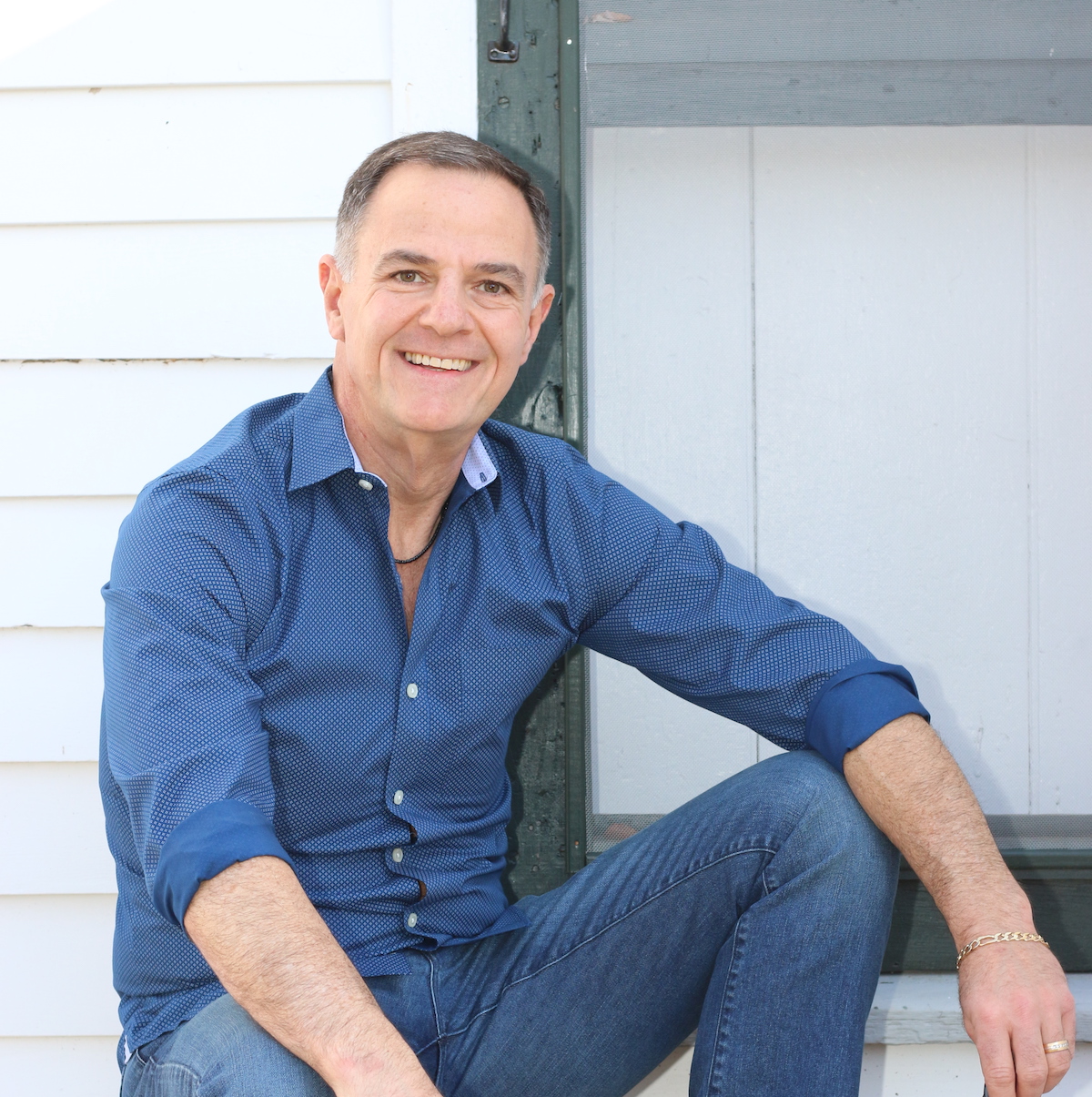 Mark Green is a Speaker, Author, Strategic Advisor and a Business & Leadership Growth Coach. He facilitates workshops with executive teams to help them stay on track, hit their goals and continue growing.

He coaches CEOs and executive teams all over the world, where he’s worked with thousands of different business leaders, helping them unlock more of their potential and also teaching them how to do the same for their teams.

Mark is also a Certified Behavioral Analyst, a Certified Values Analyst, and a Certified Attribute Index Analyst. He is the founder and president of Performance Dynamic Group, where he helps organizations accelerate their revenue and profit growth.

The 4 Pillars of Quality of Earnings

How to Structure an Earn Out When Buying an Online Business